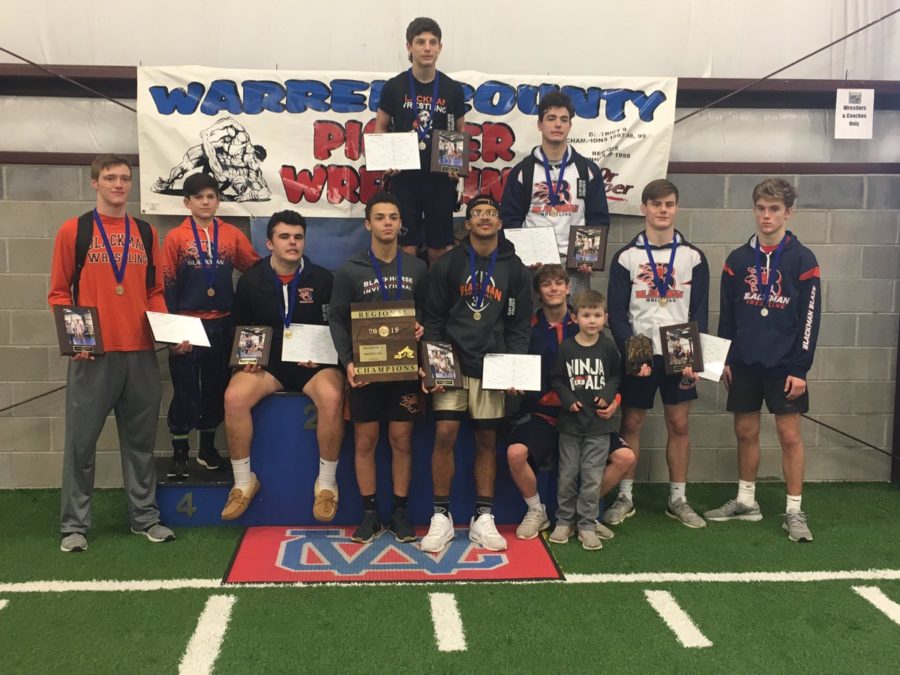 Wrestling Takes it To The Mat

Although they didn’t win all the tournaments this season, the wrestling team achieved many commendable achievements.

Throughout the season, the wrestlers improved on their teamwork. They learned much through the struggles they faced as a group.

“We learned what improvements we needed to make and what we needed to work on more during the practice,” stated senior Landon Fower.

“A lot of people struggled [with] not being focused, and many having to make the weight. But for us, working together improved. Also, individually, we work harder now,” states junior, Brooks Sacharczyk.

Being a part of this team has not only taught the wrestlers discipline and respect, but it has also started many lifelong friendships.

“We’re all pretty close, we’re all like brothers, we always hang out,” states Brooks.

With the team being so close, the seniors leaving will be hard, but the team has a positive attitude about it.

Overall, the wrestling team has achieved many things this season, and many of the senior wrestlers plan to take their wrestling careers to college. Next year the team hopes to accomplish and win even more.