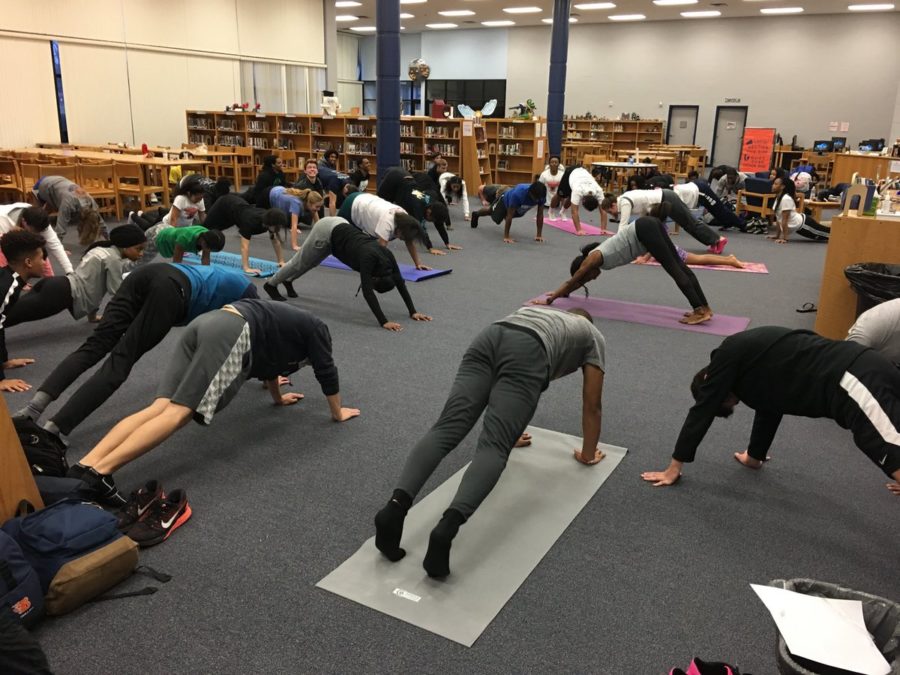 Clarinda Thompson: Beyond the Child’s Pose

“We hired a yoga instructor because it would be beneficial to the team and it would give them a proper warm up and cool down,” stated Recasner.

Clarinda Thompson, the team’s yoga instructor, has been practicing yoga for twelve years now and earned her certification in 2017. She used to work at a yoga studio but is currently working on her private business named Sacred Yoga.

“Yoga has helped me to stay flexible and in shape throughout the years,” commented Thompson.

For those who might be skeptical, Recasner responded that many athletes have come to her saying that since participating in the yoga sessions their back issues and muscle strains have either disappeared or on the path to feeling better.

“Yoga has made me a lot more flexible, and it has made my stride longer,” stated Conner Anderson, a junior on the track team.

For those interested in trying out yoga, Thompson has some tips;

“Beginners to yoga should either start out in a private class or look up some moves on the internet, so you can fully understand the poses and how to do them.”

Blackman also offers five dollar yoga classes every Saturday from 10:00 to 11:00 a.m. Everyone, from beginners to experts, is welcome.

During this morning class, those with any questions can ask Thompson either before or after class. 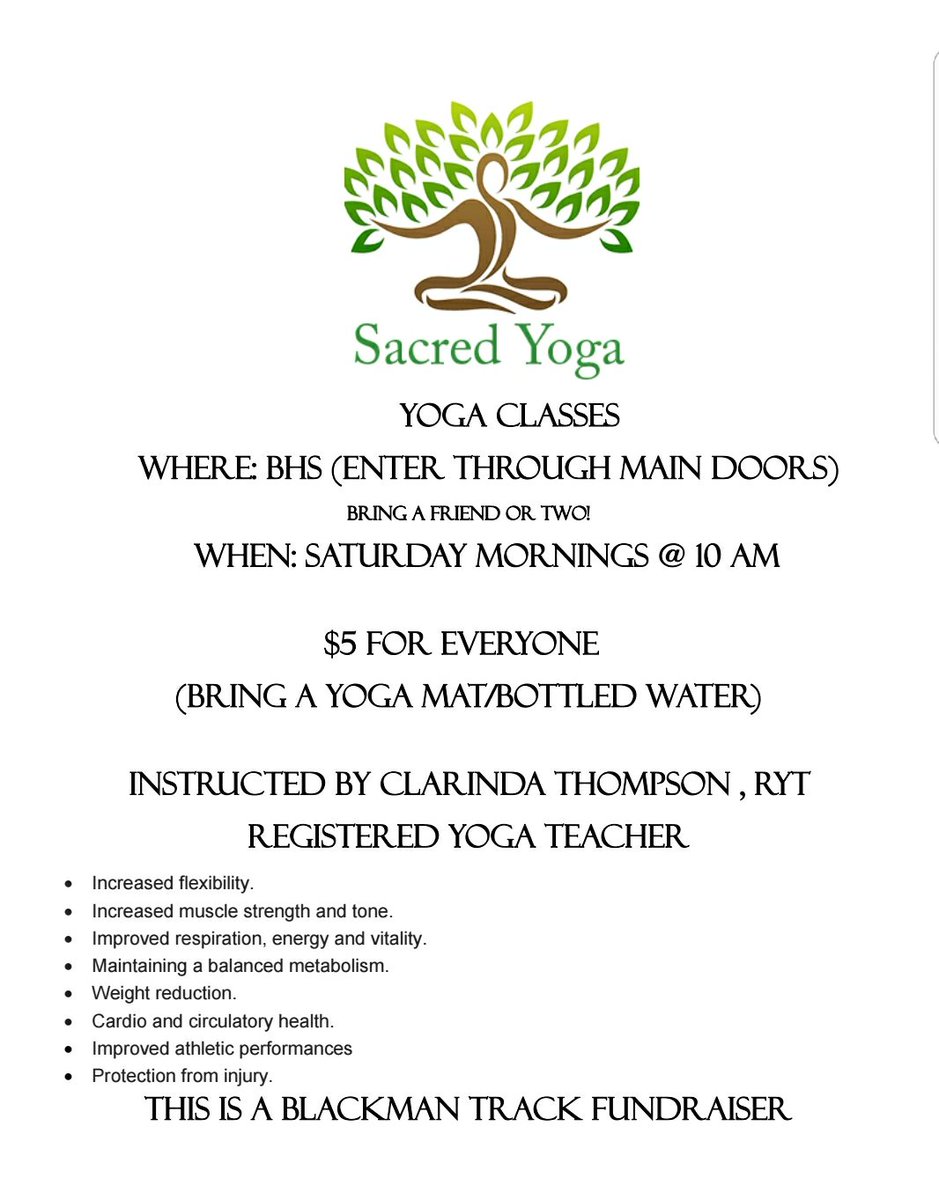