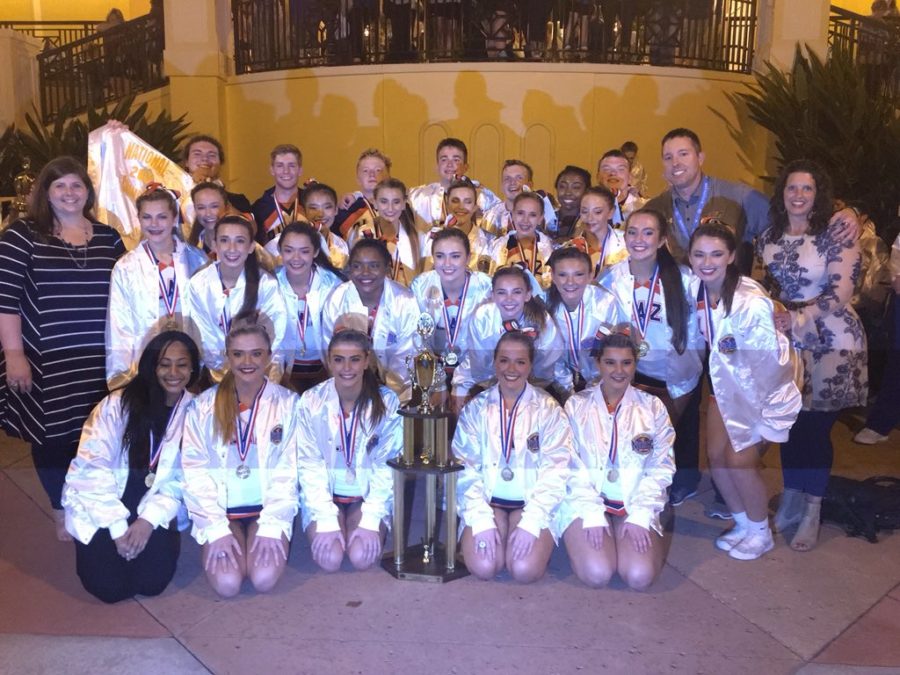 Gallery|8 Photos
The team and their 1st place trophy!

Blackman’s domination in cheer has created a culture that is bringing in students from all over.

Blackman High School’s Coed Cheer Team recently brought home their sixth national title from the Universal Cheerleaders Association National High School Cheerleading Championship in Orlando, Florida, competing with over 40 other teams from across the nation in their division to take home first.

Not only did Blackman win back to back at Nationals, but they received the best score they ever had of 94.31. This year the team even faced the challenge of a teammate having a medical emergency the night before the competition. Instead of panicking or giving up they reorganized their routine at 11pm outside the hotel.

“It was fun being winners of a back to back national championship, and I know we have a chance to get a three-peat next season. I’ve cheered for four years. We take our team very seriously because putting effort in our routine is something that we all need to; we all work together. That is how we won this national championship and how we will keep winning,” said Lester.

The motivation to win in a highly competitive atmosphere has to come from within.

“When you break it down, all we can say is that we were driven by passion,” said Caleb Funke, junior. He feels that being on the team has provided him with a sense of fulfillment that no other sport can.

Skylar Pitman, senior, has cheered for Blackman for four years, and she is incredibly proud of her team.

“It was really exciting knowing that all of the hard work I’ve put in the last two years has paid off both years,” said Pitman.. She was also grateful that she could share this experience with her family.

The culture of Blackman Cheer has already left an impact on Izzy Meadows,

Blackman High teacher Cortney Meadow’s daughter. She attends Blackman Elementary School and has high hopes of cheering for Blackman in high school. She currently cheers for the Blackman Mini Heat.

“The night that the high school won the girls did a big “hoop and holler,” where the high schoolers screamed and cheered for the little girls. They got so excited. They wanted white jackets like the high schoolers and were devastated that they got third in the nation. [Izzy] will stay on the Heat because the middle school does not have a competition team, before hopefully cheering with the high school’s coed squad,” said Meadows.

The pride Blackman cheerleaders feel does not end when they graduate.

Taylor (then Anderson) West started cheering for Blackman in 2007.

“I feel like 2007, was just the beginning of things starting to ‘heat up’ cheerleading wise for Blackman. Honestly, as far support from the school . . . there wasn’t any. It took the first National Championship win my senior year [in 2010] to get any type of respect from our peers,” said West.

West was at Blackman when Marvin Stubbs, the first ever male cheerleader at Blackman, joined the team. West said this was a “big game changer” for the team that made them “coed.”

Cheerleading at Blackman has come a long way from being an extracurricular activity for nonathletes to a coveted, athletic cheer team . . . one that is, quite literally, the best in the nation.