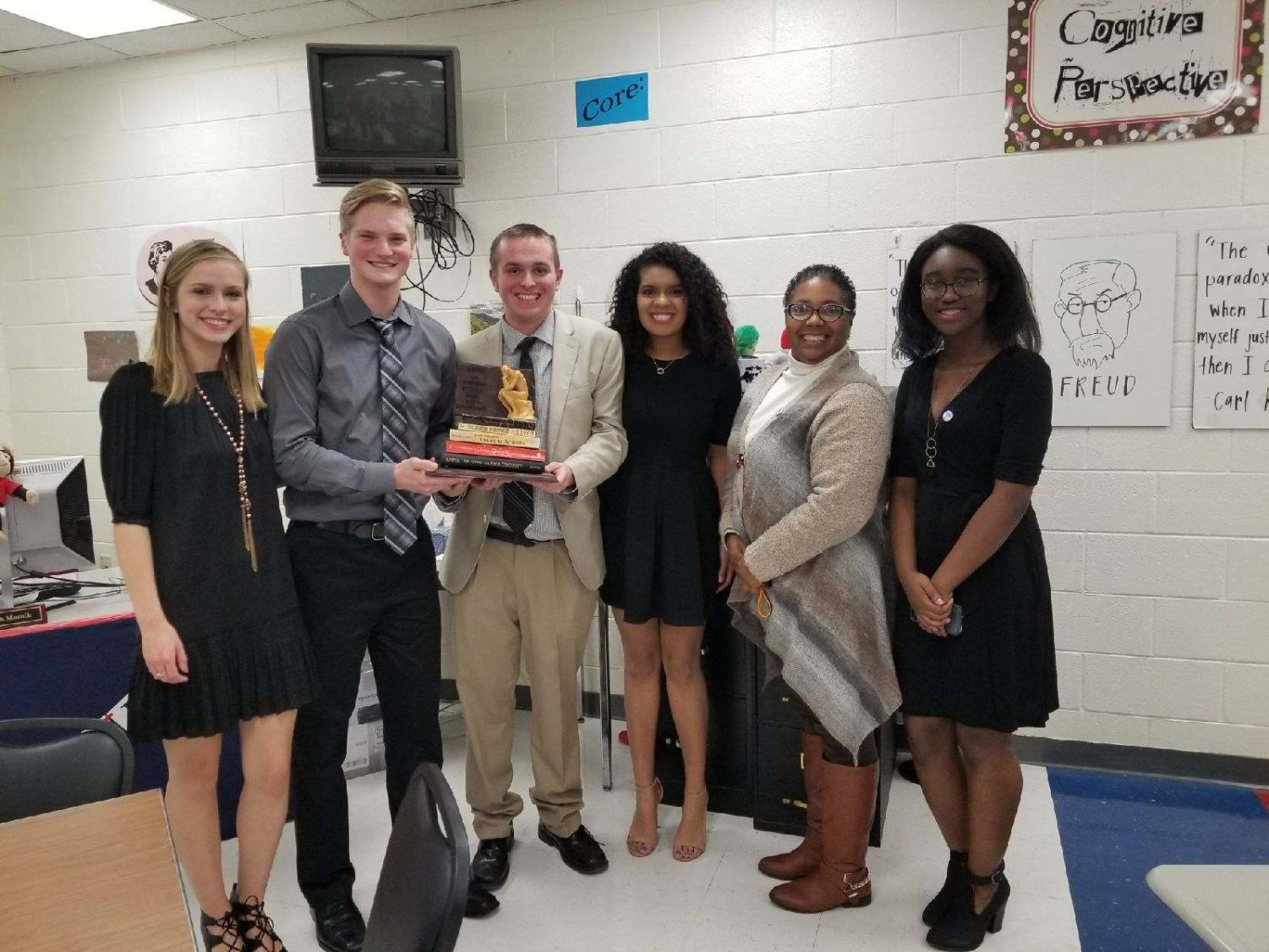 Ethics Club is a new addition to Blackman’s current panel of clubs and extracurricular activities. Its goal is to expose its participants to a diverse array of complex questions within a competitive atmosphere.

This school year, Coach Pamela Recasner started Ethics Club which, in her words, “is like a debate team over ethical situations.” In the beginning, Recasner handpicked students to join the club because it was too late for advertising.

“The way the club came about was the advisor at Oakland sent an email inviting schools to form a team to compete. Because we talk about ethical dilemmas in my criminal justice class all the time, any relation to law enforcement or current events, and current issues that officers and citizens experience every day,  I thought it would be good to take the club on,” Recasner said.

Tori Bertrand and Ryan Foster, seniors, were handpicked to participate in the new club.

“I picked Tori Bertrand and Ryan Foster, and then Tori picked three or four academic friends that would be interested in this,” Recasner stated.

This year’s team consists of all seniors and one sophomore, Mikayla Ward, who will be the only returning member.

The team competed in their first meet on December 2, 2017, and came out on top with a first-place win.

The competition tests the students’ ability to stand firm and think on their feet.

“[There are] five members at a table at a time, and you’re given an ethical situation or dilemma where you have to be able to respond what your position is on your team and give a foundation or basis on your decision to back it up,” said Recasner.

A panel of judges asks difficult questions that contestants don’t know ahead of time, and they score based off of how well the answer is presented. To prepare, the team watched videos to learn the ins and outs of competition.

“We were nervous (the whole team and me because it was our first time), and we were competing against Oakland’s IB program (International Baccalaureate Program). They’ve already been to this competition and the national competition at the University of Tennessee @ Knoxville last year. Also, we were at Central Magnet, which is an academic rival to us, so we were a little nervous, not knowing what to expect,” Recasner stated.

The team will be participating in the national competition on February 3rd at the University of Tennessee @ Knoxville.

If you are interested in joining Ethics Club next year, you can sign up at the club booth during orientation. During the application process, students must have teacher recommendations and demonstrate academic success.