The history of Blackman: how the Smith family helped create Blackman’s legacy 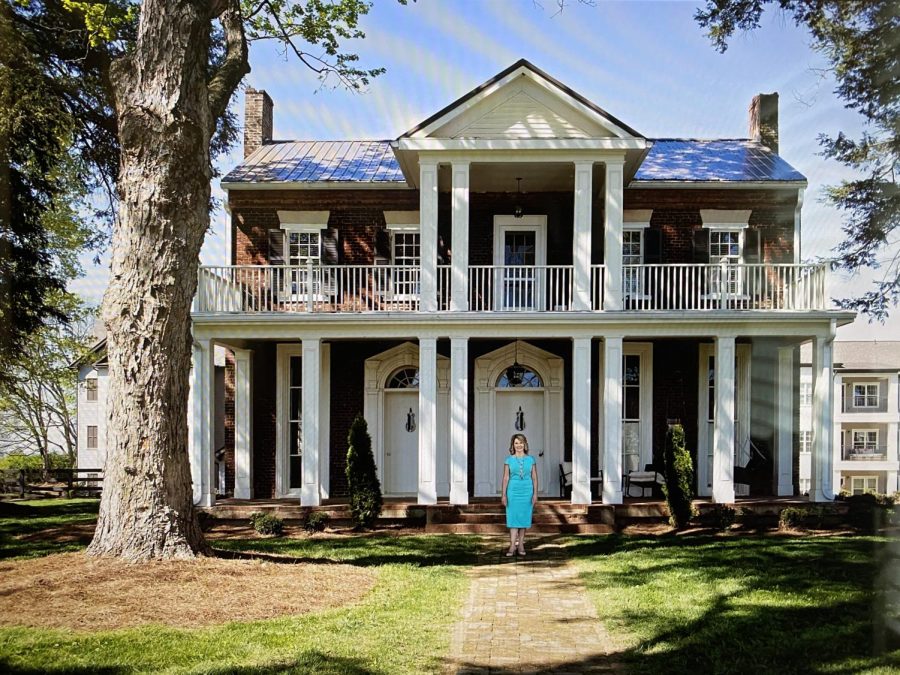 Clarissa Smith standing in front of the original Springfield home that was built in 1804, and was later renovated as a gathering place for the Springfield apartment residents.

The farmland where the Blackman schools are now located was previously owned by seven generations of the Smith family. Choosing to sell to Rutherford County Schools was a major decision for Smith’s family, but they are grateful for the outcome.

Clarissa Smith, a member of the Smith family, still has ties with Blackman today. Her late husband Bart Smith worked as a Murfreesboro police officer and a school bus contractor for Rutherford County Schools.

Blackman High School was established in 2000 to complement its predecessor schools, Riverdale and Oakland Highs. Blackman Elementary and Middle schools, as well as the surrounding apartment complexes, subdivisions, and shopping areas, including The Avenue, have all been added over the years as the area continues to be developed.

In 2019, Blackman High School unveiled the new turf football field. The field was dedicated and named after Bart Smith.

Clarissa Smith is also a realtor who is more of a “matchmaker.”  She utilizes her knowledge of the local market and her love of people to make the perfect match between home and heart.

“I love helping people find their dream home and making a house a home,” said Smith.

Although Smith services Tennessee with a specific focus to Middle Tennessee, her specialty is the Blackman community. Her connection with this community remains strong.

Smith continues to run her late husband’s bus business. 80% of her buses have serviced Blackman High School, and many students have gotten to know the Smith family over the years from riding their buses.

Smith is the sole spokesperson for their legacy. The Smith legacy carried over into the Blackman community, uniting two stories into one.