From high school editors to college students: leaders through it all 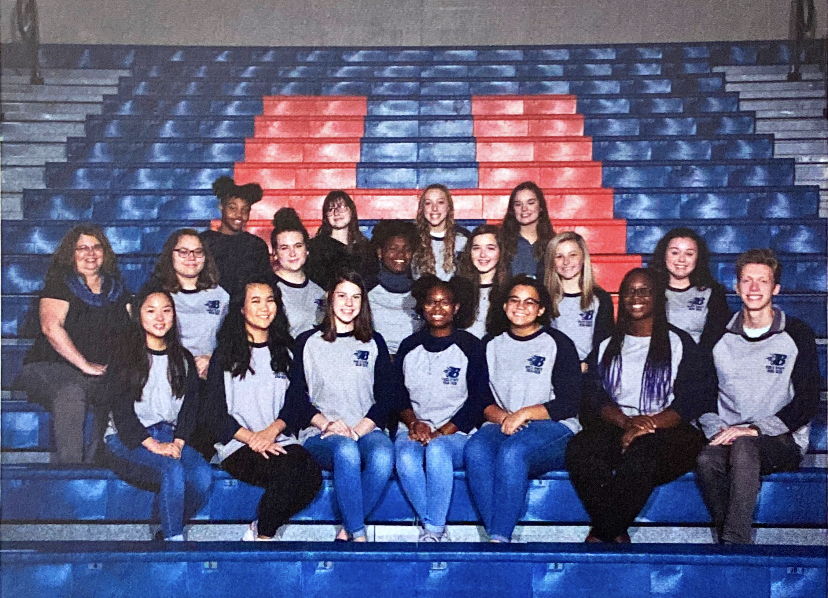 Courtesy of the Yearbook Staff

As we celebrate the 20th, now 21st anniversary of Blackman High School, we have looked to The Blackman Voice’s alumni to see where they are now. Many of them are pursuing journalism in their careers or in college. They’ve taken what they learned as a staff member and implemented it into their lives.

Shamani Salahuddin and Danielle Paredes are two former staff members who were on staff from 2017 to 2019. Salahuddin was on staff through 2020. Paredes was the Editor in Chief of The Blackman Voice in her senior year, and Salahuddin was the photo editor her junior and senior year. Both women are pursuing a form of journalism in college.

Salahuddin joined The Blackman Voice during her sophomore year where she became a news reporter. As she entered her junior year, she took upon the role of photo editor.

“Being on the Voice staff taught me time management and working under deadlines. Also, [it taught me] the importance of teamwork. The paper only works if there is communication and if everyone works together. It’s the same at an actual job; if one person doesn’t do their work, it throws off the balance of everyone else, and things can’t get done effectively. Being in college, I still apply the time management skills I learned. Every due date is like a deadline,” stated Salahuddin.

The Blackman Voice is student-run, which requires each reporter and editor to work in unity. We also cover subjects that are time-sensitive, meaning if deadlines aren’t met, the article loses relevance. Through being on the Voice staff, Salahuddin learned the skill of working with others and prioritizing deadlines, which are valuable skills as a college student.

“I do plan on still working with photography beyond high school,” stated Salahuddin.

Salahuddin spent her years on staff capturing events at Blackman High School. She also edited and uploaded photos taken by other reporters. She plans to use this expertise in her life beyond high school.

“I met one of my best friends to this day through the paper: Miss Alaysia Brown. Also shout out to: Sienna Phillips, Chloe Blake, Maddy Williams, Sydney Clarke, and Molly Lemoine,” said Salahuddin.

Being a part of The Blackman Voice can lead to lifelong friendships. While on staff, each member works to create a welcoming environment, often leading to friendships.

Paredes also made friends on staff. She noted Morgan Tincher, a classmate who joined the Voice with her. They continue to stay in touch today.

“My favorite memory of being on staff was when we went to the escape games my sophomore year,” stated Salahuddin.

“I enjoyed all the parties we would have,” said Paredes.

The Blackman Voice is not all work with no play. During Salahuddin’s years on the Voice, she was able to go to an escape room with her classmates. The staff also has multiple parties throughout the year for various holidays, including playing Secret Santa during the Christmas season.

“My favorite project that I worked on has to be the Black History Month photo gallery. The most challenging project would have to be the 2019 Capstone Symposium photo story. We didn’t have a word document where we could just copy and paste everyone’s name and project description, so we [had] to type by hand 50 something names and descriptions,” described Salahuddin.

The content created for The Blackman Voice can be challenging, but it is rewarding to see your work completed and published on our website. Salahuddin created photo stories that were unique and creative, and she worked hard to upload all her photo stories on our website by the appropriate dates.

Paredes joined The Blackman Voice her junior year in 2017. She began as a news reporter, and she transitioned to the Editor in Chief her senior year. 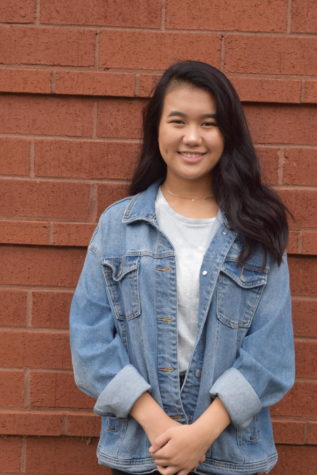 “Being in a leadership role taught me a lot about making tough decisions and teamwork. I was never one to call the shots but being put into that role allowed me to grow into a more decisive person,” stated Paredes.

Paredes learned to become an authoritative leader when she stepped into the role of Editor in Chief through communication with reporters and enforcing deadlines. She uses these leadership skills in her life today as a college student.

“I am pursuing a Journalism major with a concentration of advertising,” stated Paredes.

Her interest in Journalism was sparked by her involvement with The Blackman Voice. Her skills of being a reporter and editor were sharpened by being on staff. Within the Voice, the staff works with businesses for sponsors and advertising. These skills are being implemented into Paredes college degree through her concentration in Advertising.

“Performing interviews with other students in high school taught me to step out of my comfort zone and gave me more socializing skills,” said Paredes.

As a part of newspaper staff, each member is expected to interview students, teachers, and administration. This can be intimidating when reporters are beginning to write. However, pushing yourself to interview people provides you with valuable skills in communication. Paredes developed socializing skills through the opportunities she was provided on the Voice.

“My favorite project was an article I wrote alongside Morgan Tincher. We wrote about a Holocaust survivor who spoke at Blackman. Her story was inspiring and truly captivating. My most difficult story would be any sports article. I just had no interest in sports, so it was hard to dig deep into it,” explained Paredes.

The Blackman Voice provides opportunities for collaborative articles, such as the one written by Paredes and Tincher. Through this, reporters can work together to produce content based upon different perspectives. The Voice also requires you to write about topics you may not be adequately prepared for initially. This allows you to learn about topics you may not have understood before, such as Paredes learning to write about sports.

Overall, The Blackman Voice gave Salahuddin and Paredes skills they continue to use in college as well as their life beyond school. These skills vary from communication to leadership skills as well as the importance of prioritizing due dates.

Salahuddin and Paredes contributed greatly to the Voice staff. Their time on staff inspired them to pursue elements of journalism in their lives today. I look forward to seeing published work from both of them in the future.