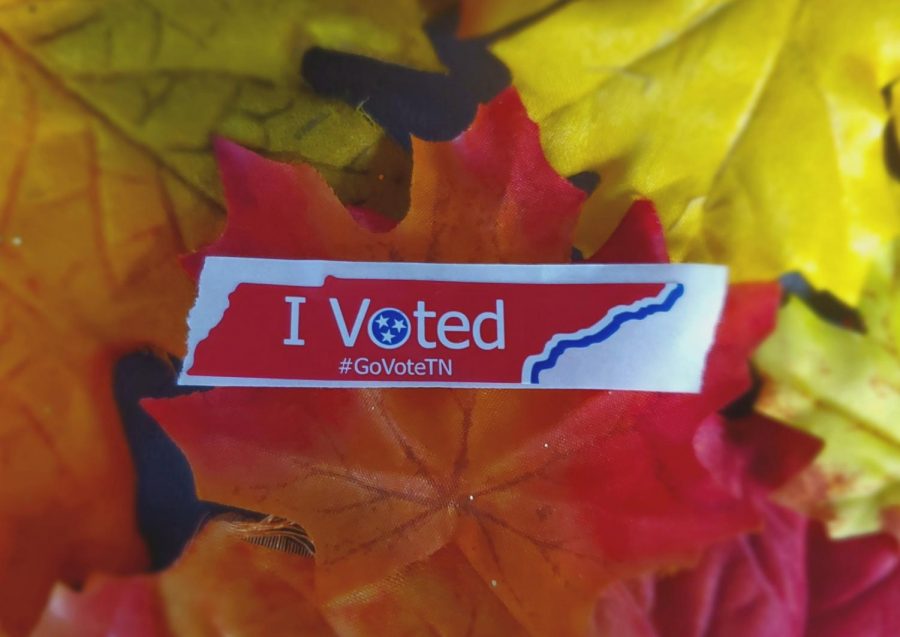 It’s approaching November during a presidential election year. That means it’s time to exercise your right as a citizen to vote (after registering).

Voting, like everything else, looks a bit different for the general public this year. Votes are being cast by absentee (mail-in) ballot, along with the typical in-person voting. In Tennessee, in order to vote via absentee ballot, you must request one. The last day to request an absentee ballot was October 27.

“When only a few people take the time to vote, then those few make the decisions for over 330 million people,” stated Michele Giacobbi, Dual Enrollment/AP/Honors Government and AP Human Geography teacher.

Many believe that absentee voting is a new way of voting. However, military members and military families living overseas have been completing absentee ballots since the Uniformed and Overseas Citizens Absentee Voting Act was passed in 1986.

If you are voting in-person in Tennessee, you are encouraged to wear a face covering and maintain six-feet between other voters and poll officials. As a new mask mandate began at 11:59 pm on October 28 in Rutherford County, masks will be required while voting. A valid photo ID will need to be brought with you when you vote.

Early voting in Tennessee started October 14 and ends on October 29. The standard voting day, known as Election Day, is on November 3.

The task of voting is not only a large responsibility, but it can also be stressful. Not only are there the standard Democrat and Republican candidates that everyone knows, there are many Independent candidates in an election. This presidential election has nine candidates, seven of which are registered on the ballot as Independent.

“Participating in elections is one of the key freedoms of American life. Your vote is your voice in our system of government. Voting brings out an opportunity for change (or consistency),” stated McDowell.

“Voting among Democrats is going to be the highest in recent memory as they seem to be pushing the ‘Get Out and Vote’ efforts more than Republicans,” said Giacobbi.

In order to make an educated decision when voting, you can read or watch many sources and guides to help inform you. There are debates between the Republican and Democratic candidates, official websites you can look at to see what your candidate has voted on in the past, past responses in interviews, etc. that reveal how a candidate feels on a certain topic, and many other sources to help you decide.

“In a world full of misinformation and disinformation, it is hard to find unbiased reporting, especially for political information. When looking for a source of information, give it what I call the CRAP test: is it Current, is it a Reliable source, who is the Author/what is their authority, and what is the Purpose for the information/article,” stated McDowell.

On August 18 (the day that women were granted the right to vote), 2020, Tennessee had a reenactment of the vote to pass the Nineteenth Amendment for the hundredth anniversary.

Regardless of you party affiliation or your belief system, the only way to implement change into our country is to vote. Your vote counts; it is your voice. With so much unrest in our country, it is more important than ever to exercise your right to vote.