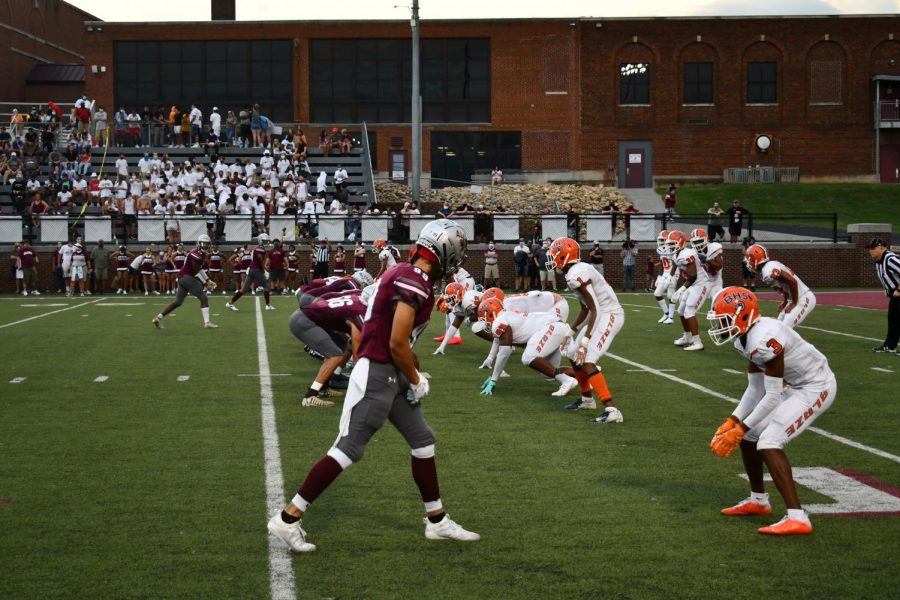 Last Saturday, the Blackman Blaze opened their 2020 campaign in Alcoa, Tennessee, against a 3A power in the Alcoa Tornadoes. Even with the guidelines in place due to COVID-19, the Tornadoes still made it a hostile environment for the Blaze. The game was also televised in the Knoxville area, which made it an even bigger stage than it already was.

Alcoa received the ball to begin the game and got off to a fast start and looked like they were about to take an early 7-0 lead. However, just before third and Goal with 6:21 to go in the first quarter, thunder caused a weather delay that lasted 35 minutes. After the delay, the Blaze had a huge goal line stand as they stopped the Tornadoes on fourth and Goal.

The 1st quarter ended scoreless, but the scoring opened shortly after as Alcoa running back Ahmaudd Sankey punched in a 13-yard touchdown run seven seconds into the second quarter, giving the Tornadoes the 7-0 lead. The two teams traded a couple of turnovers during the remainder of the second quarter, but neither team could capitalize on them. The score remained 7-0 at halftime.

Blackman received to start the second half and went three and out but missed out on a long touchdown as quarterback Drew Beam’s pass was just out of the reach of wide receiver Todd Lark II. However, he would find the endzone shortly after, but on defense. Alcoa miscommunicated on a handoff, which led to a fumble that Lark II scooped and took 40 yards for a touchdown that tied the game at 7-7 with 8:23 remaining in the third quarter.

“My teammate Jaylyn Pleasant hit the ball out and it seemed like nobody wanted to get the ball off the ground, so I came off my man and scooped it and scored simple as that,” Lark II said.

Before the third quarter ended, Alcoa running back Isiah Cox took a handoff 43 yards with 1:27 left in the quarter extend the Tornadoes’ lead to 21-7. Unfortunately, the Blaze offense could never get going and was unable to keep up with the Tornadoes. Alcoa scored two more times before the game ended, making the final score Alcoa 35 Blackman 7.

“Our defense did some positive things but overall, they just outplayed us tonight,” Blackman head coach Kit Hartsfield said after the game.

Blackman’s offense also struggled against the Alcoa defense most of the game.

“Alcoa’s defense is one of the best defenses you will see in high school, we definitely struggled on offense, but their defense had us on our heels,” said Beam.

The Blaze will have no time to feel sorry for themselves as they play another top team this week when they travel to take on the Ravenwood Raptors. Ravenwood is one of the top teams in the state and a contender to win the state championship in December.

The game was originally scheduled for Friday night but has been moved to Thursday night at 7p.m. due to the chance of inclement weather on Friday.

The Blaze will once again be featured on TV as the game will be the Friday Night Rivals game of the week on MyTv30.