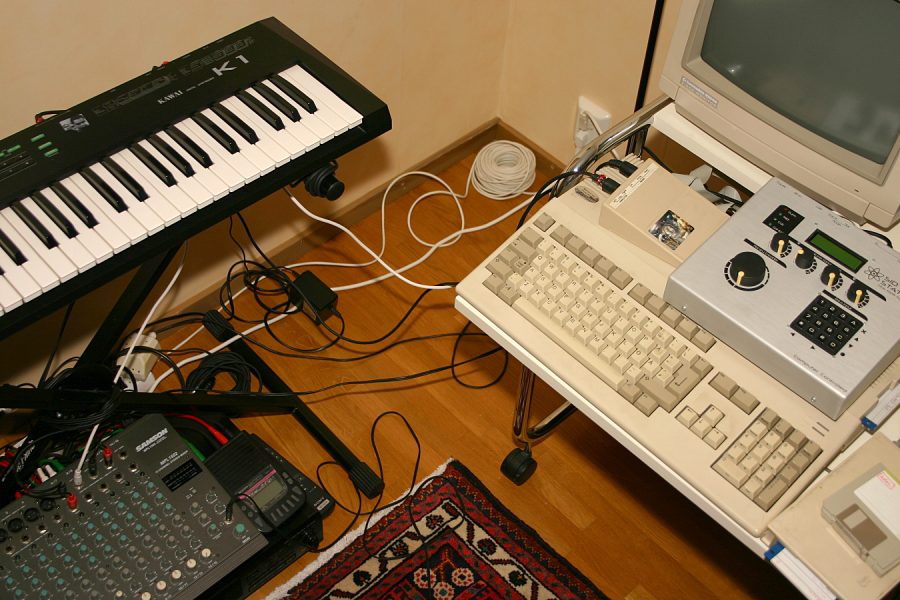 Music exists all around the world, with an overbearing amount of 1,264 genres of music that exist now according to The Guardian. Some of the most noticeable ones are: Rap, Country, Rock, EDM, and Pop. There are bound to be genres that are not given enough recognition to make an appearance, but there is a sub-genre that is gaining popularity fast called Lo-Fi Hip Hop.

What is Lo-Fi Hip Hop?

Lo-Fi Hip Hop is a “New Age” sub-genre of music that swept the hearts of many with its soft beats and slowed down tempo, intended to create an environment of relaxation, positivity, and comfort. It is Colloquially referred to as “Lo-fi” and often described as nostalgic or sad. Thus, helping many to unwind after a stressful day

It was created by DJ William Berger of New Jersey radio WFMU in 1986, claiming the term after playing his regular broadcasts to home recordings where he titled it “Lo-Fi.” It was then that his fans soon followed suit and bands like Beck, The Frogs, MOTO, Nujabes, etc. joined in the artistic revolution.

How Does It Work?

Lo-fi stands for “low fidelity,” meaning that the songs are made with intended technical flaws, such as misplayed tones, signal interference, background sound, tape hiss, and accompanied by low beats to create the all too famous “aesthetic vibe.” These low beats and imperfections allow people, mainly students, to concentrate more.

The phenomenon described by Saarman is named brain entrainment, where the brain is stimulated to change to certain moods using beats per minute (the pace or tempo of a melody) in music. One such example is a teacher playing classical music in class while students work to improve focus and help destress.

“Lo-fi has classical elements [in such a way that it is compared to Beethoven’s symphonies with each new mantra.] A rule is broken to create that diversity without the need of vocals,” explains Andrew Campbell, sophomore.

Additionally, creating a connection between Lo-fi and classical music to such extent that Andrew mentioned listening to classical symphonies while studying for the ACT.

Why is It Popular?

Not only is this subgenre of music about the aesthetic, chill atmosphere, but also about community and love. Many channels and/or industries are prone to compete against each other, gaining the upper hand to make more money than the other or creating something that devalues the other; it is a common practice.

Even if stations such as Chillhop, Dreamy Cow, and College Music have a link to their merchandise, no report of either of them alienating any lo-fi composer has been found. Instead, they encourage viewers to check out other artists under the “community” tab in their channel, respecting each other and their music.

Is it difficult to make Lo-fi music?

Because Lo-fi is composed of simplistic melodical tunes, it is not hard to create. This music is usually made with technology ranging from free to professional expensive software (up to $1000) for more experienced musicians. However, new artists can practice with the instrument variety available with any free or cheap software easily downloadable to mostly any device. Some music making apps include:

Learning to make music sound both good and unique is difficult. The key is to practice it. In time, most self-taught musicians do get better.

Where Lo-fi be Listened Today?

“[Lo-fi is] not like ‘mainstream’, … [popular music] that lie in places like [malls, parties, etc.] is more mainstream.” stated Emma Reizner, sophomore, but also agreed to Lo-fi being better heard in private.

Overall, Lo-Fi is best used independently or within a small group. Its common use is playing in the background while enjoying video games, studying, or doing a mediocre task. Providing a calm state of mind for listeners.

Recommendations to Relax with Lo-Fi: