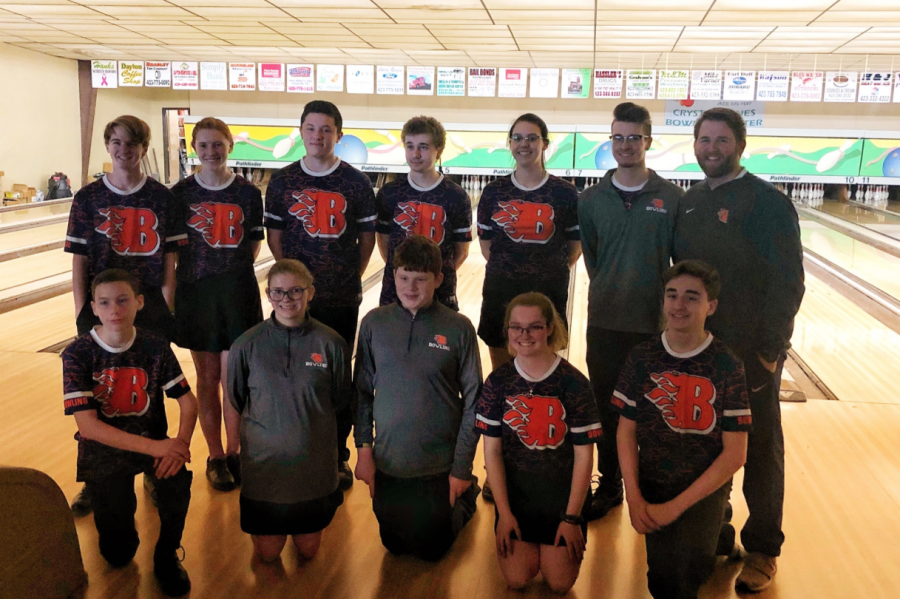 The Blackman Blaze bowling team had a historic season. In Jesse Messick’s first year as head coach the Blaze won District 7-AAA and were the runners up in Region 4 and made it to the state tournament.

In the District 7-AAA tournament, Blackman beat Central Magnet in the quarterfinals 25-2. The Blaze then moved onto the semifinals versus Siegel who had already beaten Blackman twice in the regular season. This time, however, Blackman got the win 18-9 and advanced to the district championship.

In the region semifinals, Blackman earned a 18.5-8.5 win over Lawrence County to advance to the Region finals. In the finals the Blaze faced Tullahoma at their home lanes. Blackman fell short, losing a close match 15-12. However, finishing second still advanced Blackman to the state sectionals and then advanced to the state championships.

Blackman advanced to the semifinals beating Upperman at the quarterfinals at the state tournament 15-12. In the semifinals, Blackman fell to Bartlett 20-7 ending their run. The Blaze ended up finishing 4th in the state, no doubt a huge accomplishment.

“It was the farthest they had ever made it so for the three seniors who had been here the longest it was very rewarding for them,” said Messick.

Making it to the state tournament was especially impressive considering the coaching change from Michele Giacobbi to Messick.

“I’m less proud of myself and I’m prouder of my team and all the accomplishments they had that helped this season go the way it did,” said Smart.

“Giacobbi had been my coach for three years so it was definitely a changeup but Messick has been a great coach all year,” said senior bowler Baileigh Snow.

Jacob Berry did not just have individual success in the state tournament. He was even named Mr. Bowling as the best bowler in Division I in the state of Tennessee.

“I knew had a chance to win it if I just kept it simple but to actually get it was really something and I probably wouldn’t have believed you if you had told me I was going to win it at the beginning of the season,” said Berry.

Berry has signed with Webber International University in Babson Park, Florida. They are considered a powerhouse in college bowling.

Overall, it was an outstanding season for the Blaze that even they didn’t believe was possible. Even though Blackman will lose production from their three seniors, they have lots of young talent that can take their place. Blackman bowling expects to have lots of momentum going into the 2020-21 season.