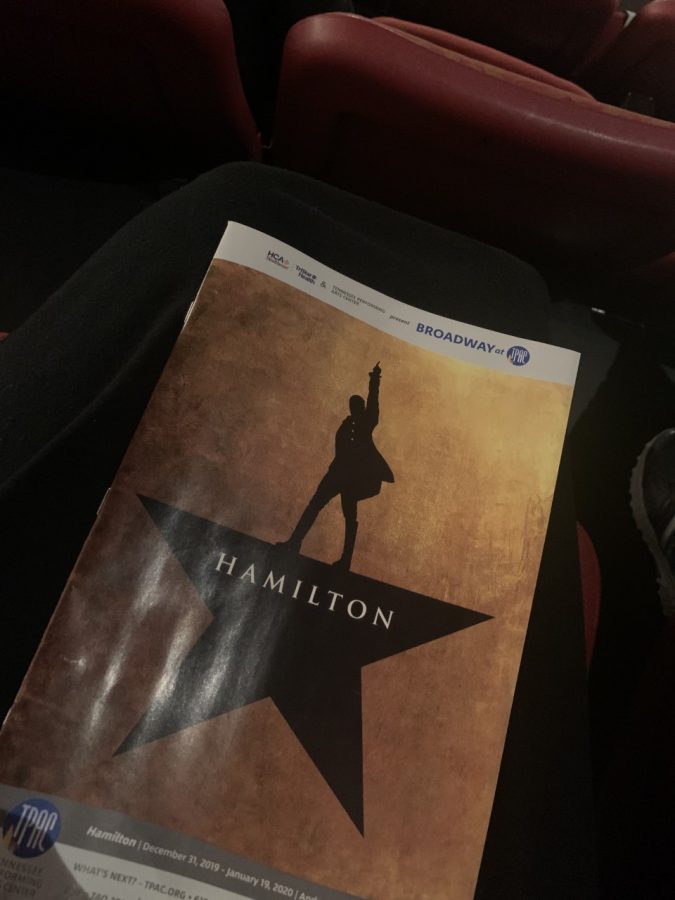 On December 31st, the Hamilton cast performed at Tennessee Performance Arts Center (TPAC).  The play is about Alexander Hamilton’s life until his untimely death. It all starts him being nineteen, becoming General Washington’s right-hand man, his marriage, having children, and fighting in the American Revolution. The play ends with his affair, his son dying, the new election, and him dying.

The play had wonderful actors that each played their parts to the fullest. Each of the main characters sang or rapped their own song. Many of the actors played more than one part. They made the audience members understand their feelings. The feelings were understood when the character rapped or sang about the feelings. Overall, the performance is captivating.

The play was mainly historically accurate. Small details, like names of background characters, were not correct. Alexander Hamilton’s mother and father died, and that was a strong reason of why Hamilton wanted to become something better than his parents and the small town he lived in. It was not entirely historically accurate because Lin- Manuel Miranda, the writer of the play, had to adapt history for the raps.

It protects Alexander Hamilton’s name while also protecting Aaron Burr’s. Aaron Burr is known nationally as the American traitor, but when Hamilton came out people realized that he is not the worst American traitor like Benedict Arnold. The audience learns history in a different way than they would while reading a textbook or hearing it from a teacher. The textbook does not tell students about Hamilton’s affair or Burr’s feelings towards Hamilton. The actors and actresses fully understood their part and made learning easier for the ones who do not understand the history taught in a lesson.

The writer, Lin-Manuel Miranda, made Hamilton’s history relevant to the 21st century. Hamilton was a man who followed the American dream. Now just like the past times, people have this dream of living in America and being rich and successful. Hamilton came from nothing then became Washington’s right-hand man.