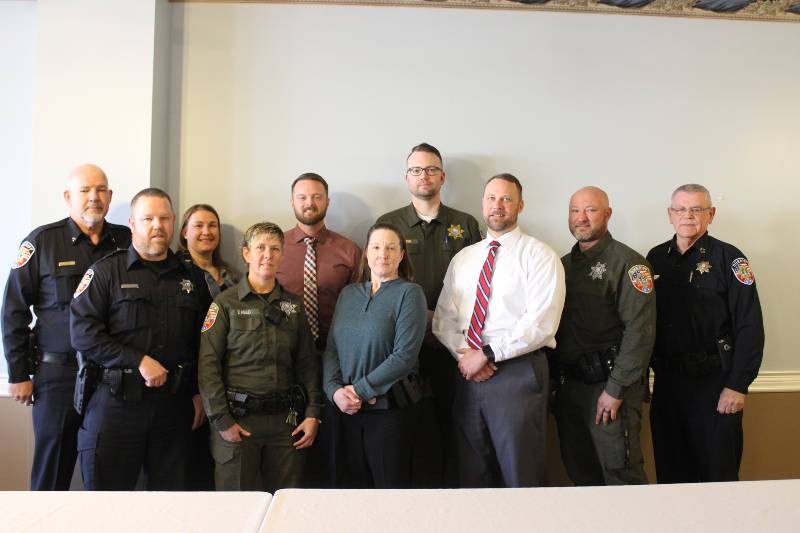 Officer Reed is among twelve other deputies who won Officer of the Month.

Blackman High School has welcomed a new School Resource Officer to the staff. Officer Teresa Reed has done an excellent job, so far, in protecting the school which is why she has received an award for this excellence.

Twelve officers, including Reed, received the ‘Officer of the Mont’ award or their amazing efforts in protecting the Rutherford County community. Officer Reed has been recognized for her quick actions and decision making in a life or death situation.

Reed was notified by a Blackman High student that a former student threatened suicide. Then she found the former student’s address and notified Murfreesboro Police who intercepted the attempt.

This, however, is not the first time Reed has helped protect her students though. Many students at Blackman have stories about how she has spread her kindness and helpfulness through their lives.

“There was one time in the past when she helped me when I felt threatened. Last year a prisoner had gotten my number and texted me repeatedly; he was using my name in the messages, and it was just a coincidence, yet I wasn’t aware of that at the time. I was genuinely scared and didn’t know what to do, so I decided to go to Officer Reed and Officer Meshoto for help. They were very nurturing and kind while resolving the situation and just made me feel safe again. I’ll always be indebted to them because of how much they helped me,” stated Sophia Lyons, junior.

Lyons is a great example of how Reed helps and genuinely cares for the students here at BHS.

“At the beginning of the year, I was bullied a lot and Officer Reed found out what school these people who harassed me went to and talked to the other school’s SRO about it. She was even able to get these people in trouble because of the harassment,” said Taylor Matney, sophomore.

Reed has shown to act in students’ personal lives in making sure every student is able to work at their best ability while in school.

“I didn’t really know either of the SRO’s here if I’m being honest, and even though I don’t interact with Officer Reed much she has helped me before. She noticed I was down one day, so she let me sit in her office and talk to her. We talked for at least half of the impact period about my life and she gave me so much advice that’s helped me,” said Zoe Patton, sophomore.

Reed’s office has been entered by multiple students with the main purpose of begin able to talk within a safe, judgement free space.

“I’ve always been pretty talkative to the staff here, whether it’s the custodians or the administrators. I think it’s important to have a good relationship with people you’ll see daily for four years. Officer Reed is nice every time I see her even if I’m just having a small conversation with her, and her fist bumps add a little bit of happiness to my life,” said Sophia Patton, junior.

These stories are examples of how Reed is a caring SRO who wants to protect all BHS students, while giving them advice they can take into their future lives.

“I just want to do my job because at the end of day with or without the award I still have to do my job. If it was up to me, I would rather want to do good and connect with the people here without the award. I love Blackman and feel as if I’ve made a good amount of valuable connections with the students here; I see you guys as all my little kiddies to protect and make sure you’re okay. I’ve always wanted to help people and saw law enforcement as a way I could help the most people in,” said Reed, SRO.

Reed has already left her own mark on many students she protects, and she shows daily how much she cares about BHS. This award is overdue and well-deserved for the amazing accomplishments Reed has achieved.