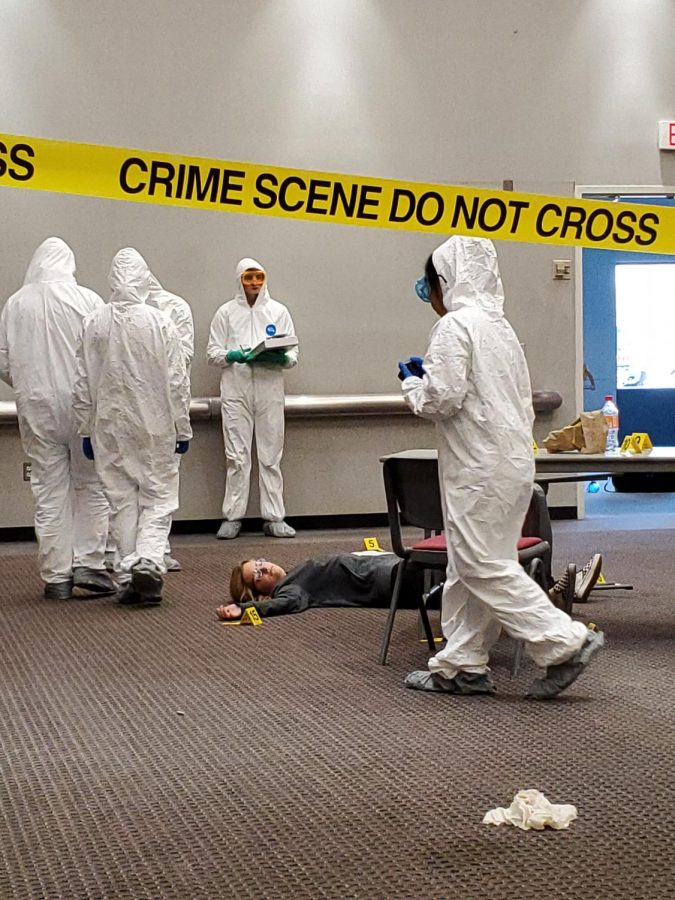 There were realistic activities at the competition.

The criminal justice system is the system of law enforcement that is directly involved in apprehending, prosecuting, defending, sentencing, and punishing those who are suspected or convicted of criminal offences. This system is important for the structure and safety of all.

“We competed against seven other schools; the events varied from fingerprinting to appellate court arguments to felony traffic stops and lots of other events,” commented Daniel Parkhurst, criminal justice teacher and club sponsor.

The Criminal Justice Club brought home many trophies from all their wins at the competition.

“We managed to rank in just about everything other than trivia. I was a little surprised at how well we did if I’m being honest because this a new group of kids. In fact, 75% are either freshman or new to the club,” stated Parkhurst.

“We all had a lot of fun at the competition and I hope next year they’ll do better. Unfortunately, since I’m a senior this was my last year to compete, but I still had a good time. I wish them luck for the next year,” said Kassidy Cawthorn, senior.