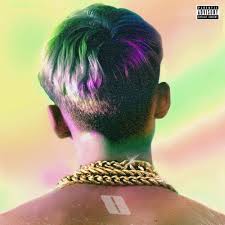 From posting covers on Instagram and Soundcloud to millions of streams across all platforms, Marteen is the modern-day music success story. He began his music career at the age of 13, posting his first cover on Instagram in 2014.

The Bay-area artist released his first full length body of work on November 8th, 2019. The mixtape titled 8 features ten tracks, all ranging in genres. The mixtape has features from several artists including Taeyong of the popular Korean band NCT. (Check out our NCT: The Future of K-Pop article).

8– The mixtape begins with the title track 8. Marteen uses this song to highlight why he’s a force to be reckoned with in the music business. During the song he highlights his strengths and the things that make him different from any other artist he’s in ‘competition’ with. “Got like 8 reasons why ain’t nobody could compare and if you turn it to the side that’s how long I’ma be here”. Not only does he show off his singing abilities, but he also showcases his rapping and composing skills.

Freak ft. G-Eazy– The second track on the mixtape showcases a more mature sound for Marteen. The song details a relationship between himself and another person. He emphasizes that their relationship is between the two of them, not paying attention to the view of the public and how they are like minded when it comes to their needs. American rapper G-Eazy features on the track adding a similar point of view.

Old School ft. Guapdad 4000– The third track on the mixtape mimics the style of 90s/early 2000s music with a new school twist. In this song Marteen sings in a lower register, giving the song a more laid-back aura. Much like the previous track, Marteen speaks of a lowkey relationship with someone. “Hop up in and let’s just live without all the stress, put that in the past tense”. The song features Oakland native Guapdad 4000.

This S**t Sux– By far the most emotional song on the mixtape, track four details a failed relationship. Throughout the song Marteen brings light to the issues that caused the end of the relationship he speaks of. “…But it can’t be love, cause if it was, you’d put me first”. This song conveys raw emotion while also showcasing his impressive vocal range.

Mood ft. Taeyong– For the fifth song on the mixtape, Marteen gave a more up-beat and positive message. From the moment the song comes on, the listener is given a catchy beat with an easy chorus, perfect for live performances. The song features Korean rapper, singer, and composer Taeyong of NCT. Both Marteen and Taeyong talk about having a positive outlook despite the events occurring around them, making this the perfect song to bring listeners out of a bad mood.

Turned Off ft. Sage the Gemini– Track number six on the mixtape shows off Marteen’s versatility much like the first track. In this song he showcases his rap ability with witty bars while finishing it out with his smooth vocals. The song features rapper Sage the Gemini who is most known for songs like Red Nose and Gas Pedal. Following the single’s release, Marteen made a music video for the song that has 260k+ views.

Straight to the Point- Like Freak in subject matter, STTP showcases a more mature sound from the Bay-area artist. The song, unlike track two, has a more lowkey vibe. In this song Marteen brings light to the straight-forward relationship between himself and his partner. Following the release of this single, Marteen released a music video where he showed of an unknown talent of his: dancing. The music video currently has over 290k+ views.

On to Something Interlude ft. KÅIKÅI– This is another song on the mixtape with a more chilled-out vibe. The song features producer, songwriter, and musician KÅIKÅI. The smooth guitar and Marteen’s velvet vocals make for easy listening. In the song, Marteen speaks on his other creative passions and his ability to spot talent and trends. “I know when I’m on to something, I know when I’m on it I’m on it”.

Misbehavin– The second to last song on the mixtape brings back the up-beat vibe after the previous song. In the song, Marteen talks of a relationship in a more mature view. “you ain’t the type to go on dates, we just link up don’t wanna take it slow”. This song, like several others on the mixtape, highlights Marteen’s musicality and vocal range.

Worst Behind Us-The last song on the mixtape definitely does not disappoint. Marteen ends off the mixtape with an upbeat, feel good song for his listeners to dance to. The song radiates positivity and optimism by telling the listener not to take things so serious and just enjoy life for what it is. Marteen urges listeners to put the bad things and the past behind them and continue on with things that make them happy.

The mixtape received over 1 million streams within the first week of its release, making this Marteen’s most successful release to date. This body of work proves that Marteen’s work ethic and drive are unmatched. It’s clear to see that this 18-year-old has a talent for music and a promising future.