Football season is underway, and the Blackman Blaze are looking to improve on their 1-3 start to the 2019 campaign. Although two losses this early in the season is unwelcome, the season’s goals are still attainable. 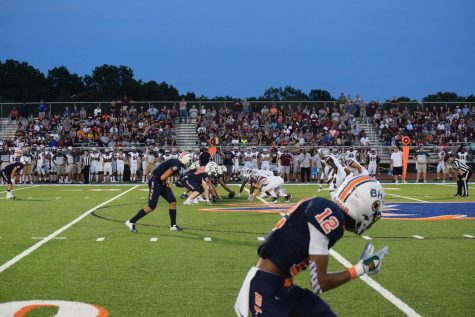 The first game against the Alcoa Tornadoes was a tough way to start out the season. In context, Alcoa is a state power having won the class 3A state title four years in a row.

The Blaze were not intimated by Alcoa as they held a 14-3 lead late in the first half. However, before time expired in the second quarter, the Tornadoes took a 90-yard kickoff return for a touchdown to cut the halftime lead to 14-9. The Blaze were held scoreless in the second half and ultimately lost 23-14.

The Blaze had no time to rest after the opening loss as they faced the talent–laden Ravenwood Raptors team at home in Week 2. The Raptors have at least 10 players with Division I-A offers, including the top player in the state DE Reggie Grimes.

The Blaze dug a hole early, allowing a touchdown on the opening play from scrimmage, leading to a halftime deficit of 13-3. Blackman gamely battled back in the second half cutting the lead to 16-13 with 2:10 left in the game keyed by an opening second half drive that cut nearly 8 minutes of the clock keeping the defense off the field.

The Blaze had one last drive with 1:43 left in the game down 16-13. Clock management woes caused time to run out on Blackman as they lost 16-13. Like the Alcoa game, Blackman proved it could compete with a top team in the state which is always a positive sign.

“I feel like we’ve played pretty good it’s just been a really tough schedule to start off with,” Blackman running back Antonio Malone said. 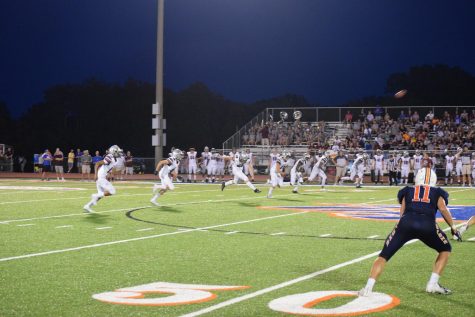 Blackman drew a break in the schedule as they faced a struggling Coffee County Central team in week 3. This game was not even close as the Blaze had a 44-0 lead by halftime. Blackman ended up winning 65-0.

After the Coffee County Central win Blackman had to go on the road to a hostile environment at the Independence Eagles. Independence is another quality opponent, having won a state title in 5A as recent as 2015.

The Blaze got off to a hot start after a 48-yard touchdown catch from Todd Lark to give them an early 7-0 lead. That lead wouldn’t last however, as Independence would tie it up at 7 in less than two minutes. Two straight drives with turnovers, a lack of offensive production, and the defense not being able to get off the field led to a 35-7 Blaze deficit at halftime.

Independence received the second half kickoff and put the ball into the endzone in less than two minutes to give the Eagles a 42-7 lead. After this touchdown a running clock would be in effect for the remainder of the game. Independence would score one more garbage time touchdown making the final score Independence 49, Blackman 7.

“They hit some passes the other night where he was. He was near perfect and put the ball exactly where it needed to go” said Blackman Linebackers/Special Teams coach John McCreery speaking of Cash.

If Blackman wants to be a factor in the district race, they will need to continue to have a strong running game.

“I attribute it [strong start to running game] to the play calling and the O-line [offensive line] doing their thing,” Malone said.

“We started off the year young and inexperienced with only two returning starters. But since spring practice, we have matured and gotten a lot better at our craft. Now we’re hitting a lot harder, thinking a lot smarter, and doing our jobs better,” stated Boyce.

Although this 1-3 start certainly isn’t what Blackman had hoped for, there is plenty to look forward to for the rest of the year. There are winnable games on the rest of Blackman’s schedule including at Warren County on September 20th, at Riverdale on September 27th, and at Rockvale on October 18th. The rest of the season should be exciting to watch and hopefully the Blaze will get back on the winning track.