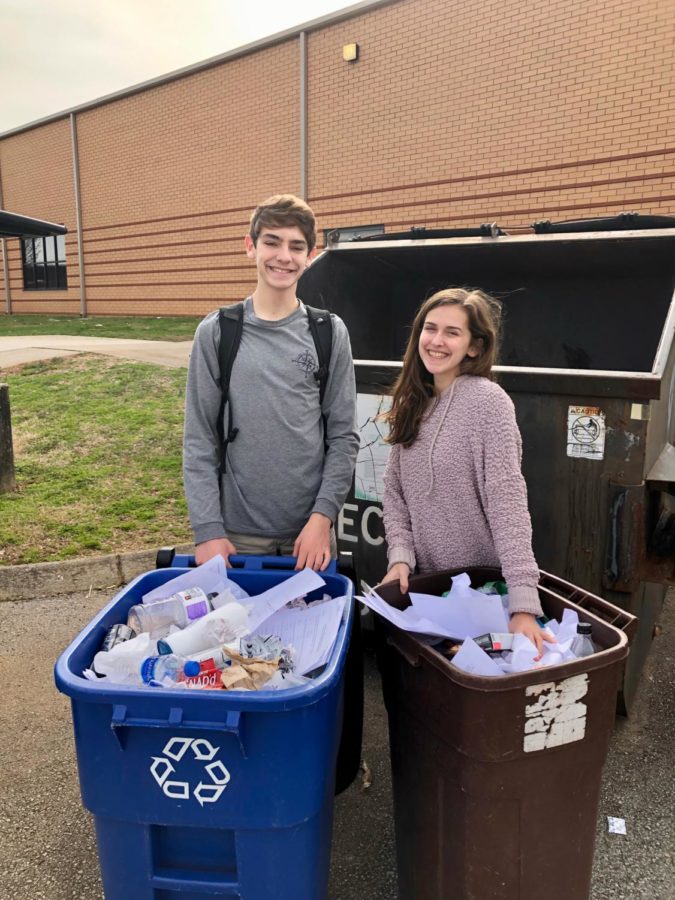 Have you ever been to a grocery store and noticed that the produce is almost perfect? Local grocery stores and big chain supermarkets are all guilty of throwing away fresh produce because of the natural imperfections that may be on them.

There are many ways to reduce waste. For example, research places where you can take your plastic, paper, glass, etc. Another great thing to do is to donate old clothes instead of throwing it away. There are many thrift stores like Goodwill conveniently located around Murfreesboro. Trying to not be wasteful is also important. Save leftover food to eat later instead of throwing it away.

Our school highly encourages recycling by putting bins in every classroom. This helps the trash from piling up, which is a small step that greatly impacts the environment.

“It helps cut down the amount of waste we create. After nearly every time Key Club collects recycling, the recycling bin outside is completely full. Had it not been collected, it would have become another dumpster full of trash,” explained Lowe.

Lowe explained that she noticed the impact that not recycling makes on the environment. She said that we definitely need to change our habits by being environmentally conscious.

Adopting a new lifestyle is not always a big change, but it could cause a chain reaction within communities or even the rest of the world. Trash free living is a life style that is universally better for the environment.

“I wanted to have a positive impact on both the club and the environment,” stated Mya McGovern, junior.

She is the current board member for Key Club for recycling. She makes sure students volunteer to recycle in order to take care of all the bins at our school.

Composting is another great way to help save the environment. You start your compost pile on the bare earth on top of a pile of twigs or straw. Next, add a nitrogen source like grass clippings, and keep the area watered. Lastly, cover it with something like wood and

Greenhouse gases are another growing problem in our environment. “In 2010, global greenhouse gas emissions from the agricultural sector totaled 4.7 billion tons of carbon dioxide,” according to the World Watch website. Ways we can reduce the use of greenhouse gases are to use less heat, air conditioning, and hot water as well as turning off lights when you aren’t using them. Another way is to drive less, if at all possible, and to plant trees to reduce the carbon dioxide outtake.

“I think it impacts the environment by reducing pollution on the Earth and that overall keeps it a better place for humans to live, and even other animals and wild life,” stated Rachel Whitley, sophomore.