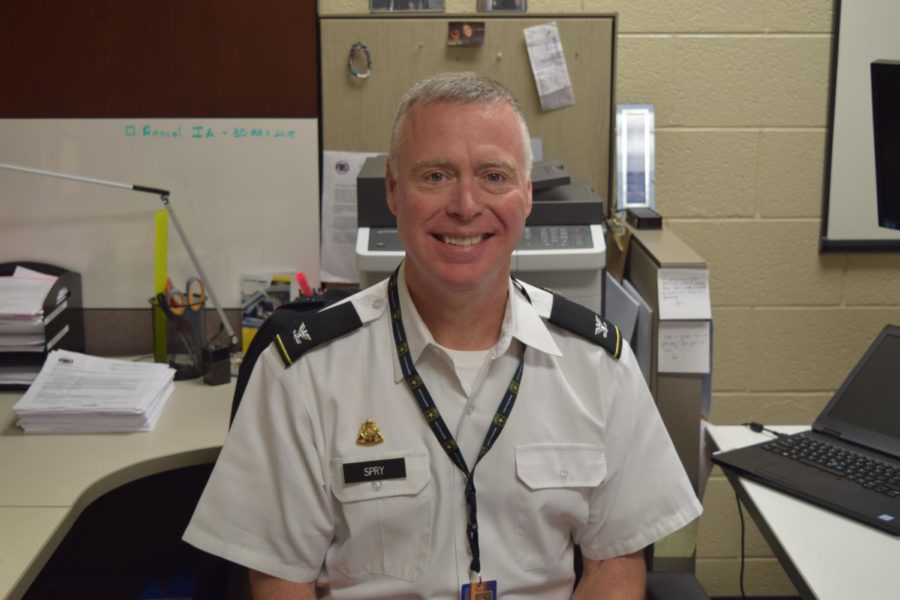 Teachers are hired to teach students and help them learn; educators impact a students’ way of thinking and some give them advice that will help them in adulthood.

The Teacher of the Year is an award given to an outstanding teacher who establishes an effective learning environment for their students to not only succeed but thrive.

This year the award has been granted to Colonel Gary Spry.

Colonel Spry does more than teaching the standardized curriculum. He teaches things that students will indefinitely retain.

Colonel Spry was born and raised in Concord, North Carolina. He attended Western Carolina University for his Bachelor of Science degree. He also has a Master of Business Administration from Touro University.

The Army War College is schooling that provides graduate level courses for senior military officers and civilians. These classes educate them on leadership assignments and responsibilities.

His students talk about how involved he is with them and that he gives them advice on anything they need.

“I think he’s a good teacher because he really connects with us and the way he interacts with us is just so nice,” said Parris Cintron, freshman.

He’s well respected by his students because of the way he teaches and works with his students.

“He’s very interactive with us all the time, in his class we learned about life in general and the military. With him it wasn’t just sit down and do your work it was actual interaction,” stated Montana Renner, senior.

Colonel Spry is a teacher who encourages his students to not only do their best but to also take pride in their accomplishments.

“My best advice is to believe in yourself. If you can dream it, then you can achieve it. We live in the best country in the world, and opportunity is out there for everyone,” said Colonel Spry.

Past BHS Teachers of the Year have included Joy Wilson, Justin Smith, and Ginna Hamby as well as others.

“[The Teachers of the Year] are allowed to invite their spouses or family, and they get recognized at that reception,” Holder stated.